Mike Wilkins will now return to his role as non-executive chair of the board. He said: “I would like to thank Richard for accepting this interim role as we conduct an extensive search for a permanent replacement. Richard is well known to employees and investors and is well respected in the insurance industry.”

He added: “Jason Harris has now commenced in the role of CEO International giving Richard the capacity to assume this role. On behalf of the board, we thank him for extending his time with QBE, prior to his previously announced retirement.” 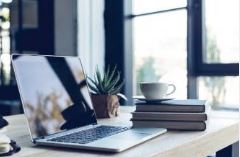